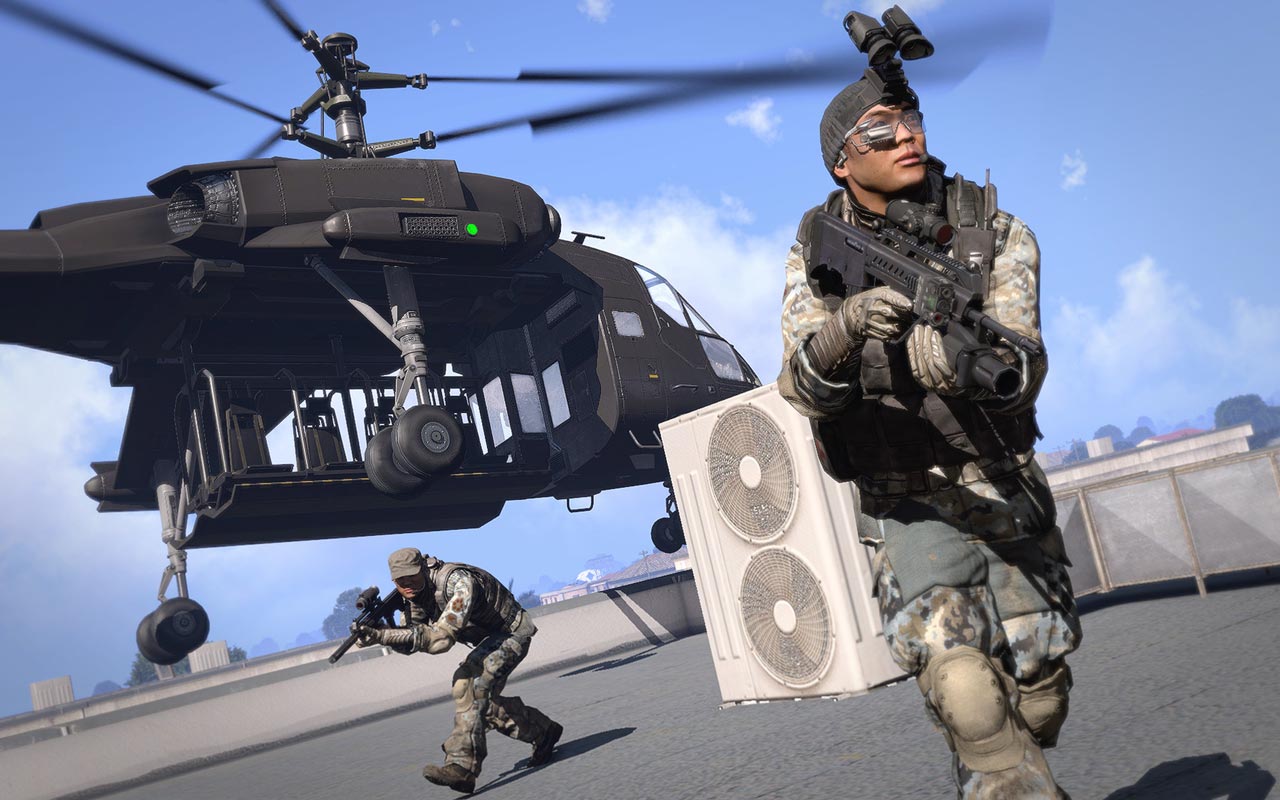 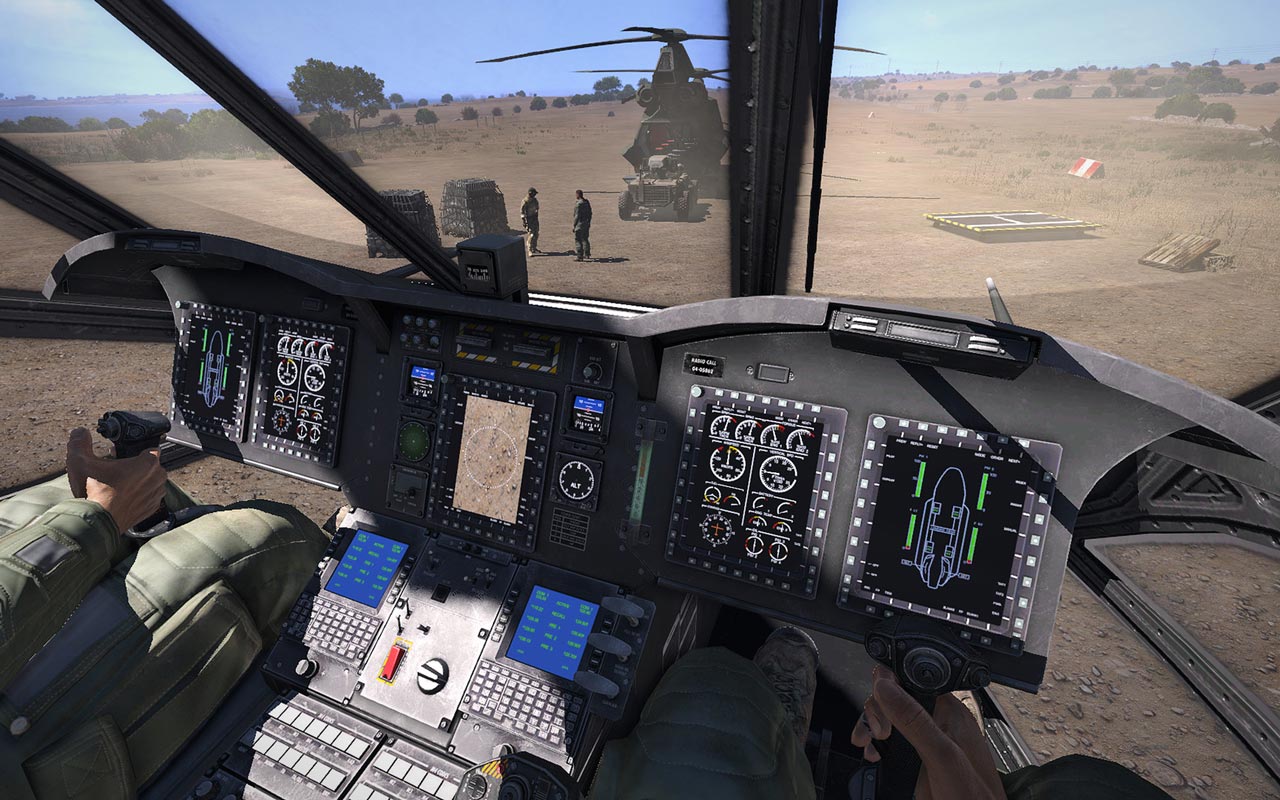 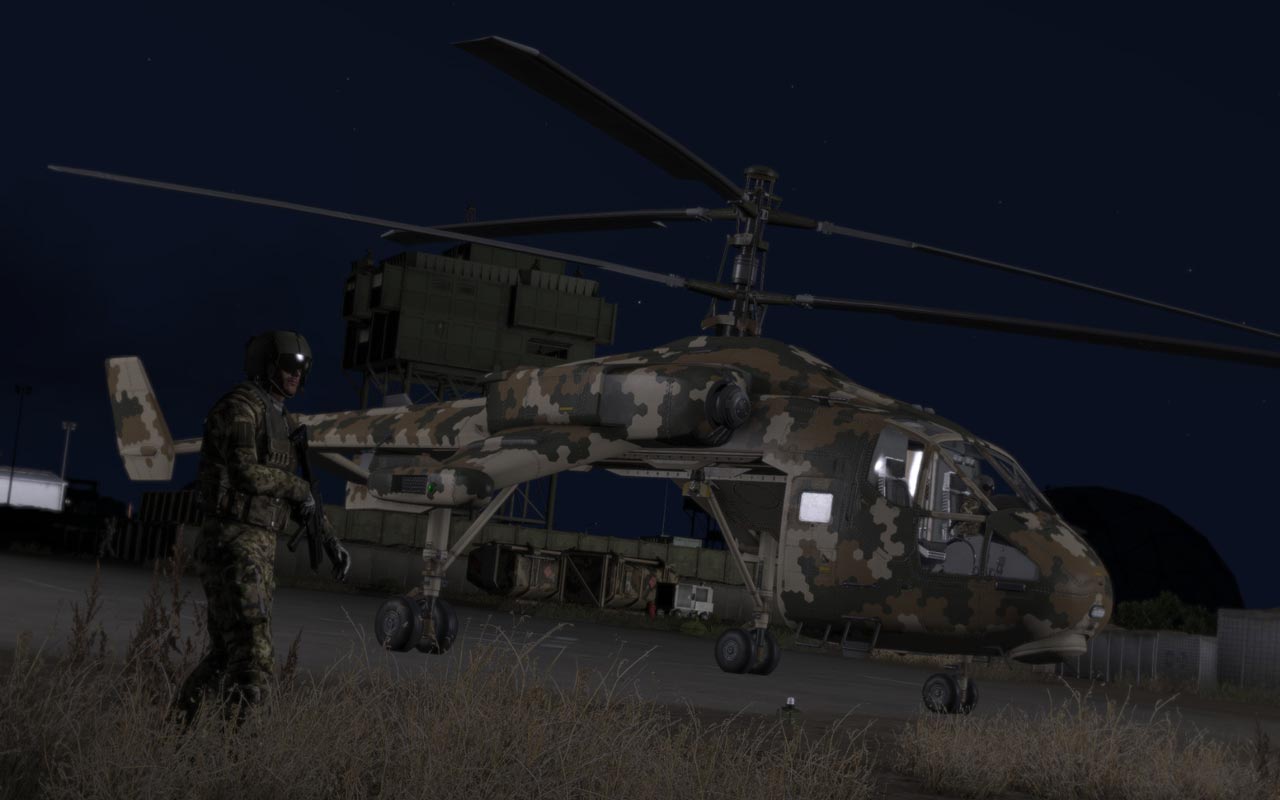 
Attention! This add-on requires the Steam version of Arma 3

• CH-67 Huron - twin-engine heavy helicopter of the longitudinal scheme. Its main role is to transport soldiers, military equipment and cargo. There are two modifications of the Huron helicopter. In the assault modification, on the sides there are two shooters that control the 6.5 mm machine guns of the Gatling scheme, and in the transport modification there are two additional passenger seats instead of the shooters
• Mi-290 Taru - a general-purpose heavy helicopter with coaxial propellers and a unique modular design. Various special modules allow Taru to perform many different tasks. It can transport cargo and troops, as well as supply troops to the battlefield (ammunition, fuel, repair and medical equipment). And thanks to the possibility of suspension of cargoes, the helicopter can transport light military equipment
• Presentation of cargo suspension - explore new opportunities for cargo suspension and use your heavy transport helicopter to support NATO forces in Altis
• Time trial - win gold medals and set records in four exclusive helicopter time trials

Platform update
Arma 3 Helicopters is supported by a major update to the Arma 3 platform, providing a variety of new content and new features. This platform update is free for all Arma 3 owners.

Content support
• Support for multiplayer mode - the new game mode sets players with the task of transporting combat units to the battlefield, delivering supplies and carrying out medical evacuation
• VR training - four new courses to help you master the art of helicopter control
• Objects - many new objects - from landing platforms to slings and machine cranes - for content creators for Arma 3

AS A GIFT FOR 5 MINUTES 💎 GLOW SKIN LEVITATE 💎