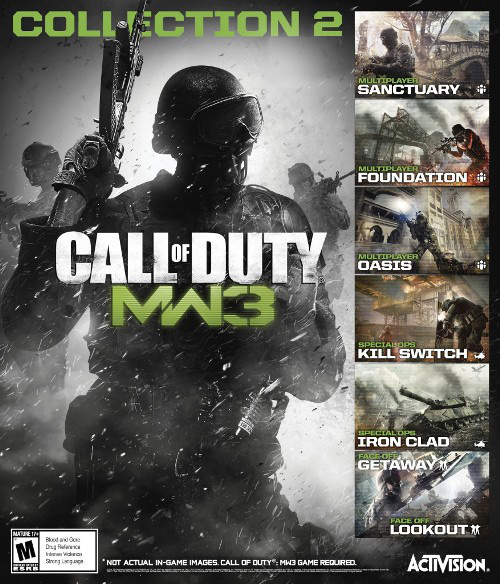 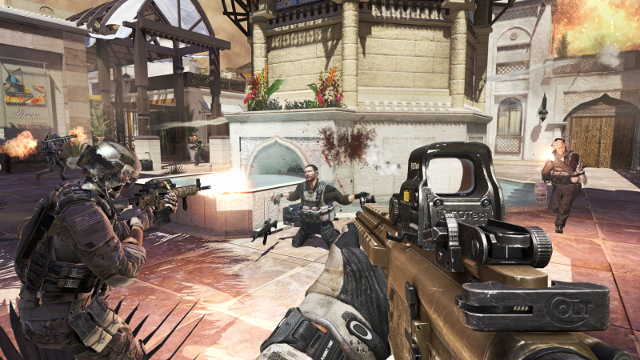 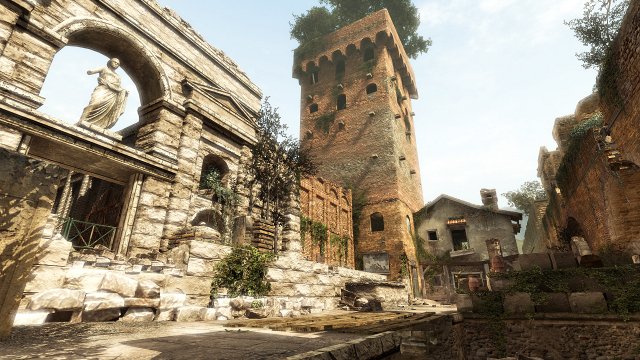 Uploaded: 15.09.2018
Content: text 57 symbols
Loyalty discount! If the total amount of your purchases from the seller GameMarket more than:
If you want to know your discount rate, please provide your email:

GameMarket information about the seller and his items
onlineAsk a question

The structure of this set of add-ons Call of Duty: Modern Warfare 3 DLC Collection 2 consists of three maps for multiplayer games, two cards for the new regime "Fight" with the ability to battle one-on-one or two-on-two and two cards of special operations.

• Getaway: first card unique mode "Fight". What was once a tropical beach resort with exotic aquariums and huge swimming pool, become a better place to test skills desperate firing on the run.
• Lookout: a second card for the "Fights" will take you into the highlands, badly battered during the war. The two sides clash in the battle for the leading position comfortable in the narrow corridors.
• Sanctuary: over the past century monastery in central Greece have seen many wars, but now they have to go through your landing. Test your skills and at the same time the strength of the monastic buildings, using an arsenal of machine guns, assault rifles and shotguns. But remember: it is better not to look down.
• Foundation: in the heart of South Korea, at a closed factory building materials, flowing concrete and shots are fired. The factory turned into an ideal battleground for snipers and lovers of shooting on the run. Do not yawn at the sight of a huge concrete mixer at the center of the building, if you do not want your rating turned into construction dust.
• Oasis: once the hotel "Oasis" was a beautiful area for all lovers. Now it has become a paradise for fans of multiplayer battles. Ancient fortress offer a variety of options for settling scores.

"Switch": equipped with an electromagnetic pulse, your team must neutralize snipers Russian aircraft carrier on the map for the regime of special operations. Only the view from the bird's eye view will allow soldiers to work together until you penetrate aboard the ship from under the water.
"Battleship": while one soldier manages the tank Abrams, the other gives him cover. Arrange cleaning the beaches and take refuge in the wreckage of the aircraft, to be delivered from Hamburg in a completely new map mode special operations.

*** HOW TO GET A GIFT ***
1. When purchasing be sure to include your email address in a specially designated place
2. Be positive feedback (indicate email is not recommended, since it is possible to receive even more spam)
3. Within 48 hours you will receive to your email a photo gift (guest key for Diablo 3 or Starcraft 2)

This Collection 2 key to activate on Steam. How do I start to play Call of Duty: Modern Warfare 3 DLC Collection 2: