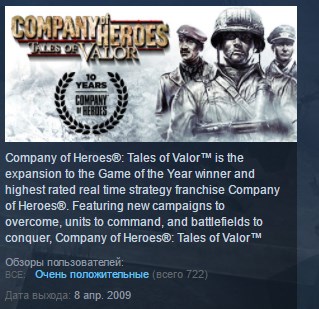 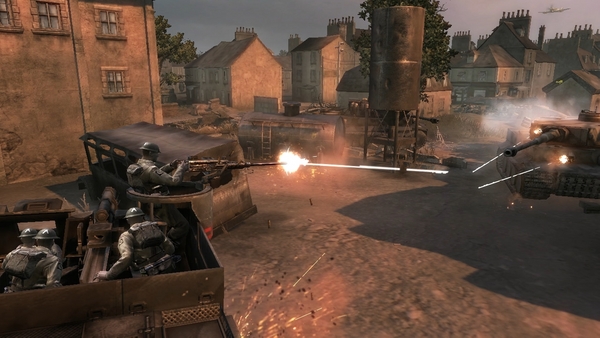 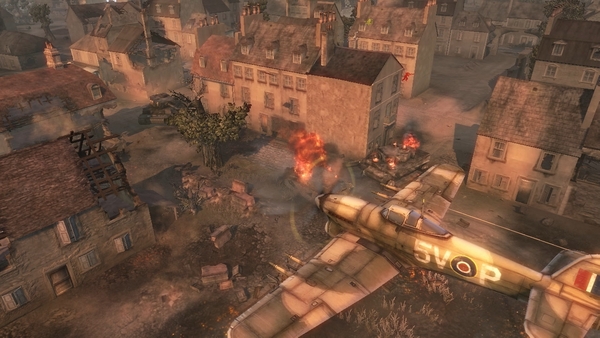 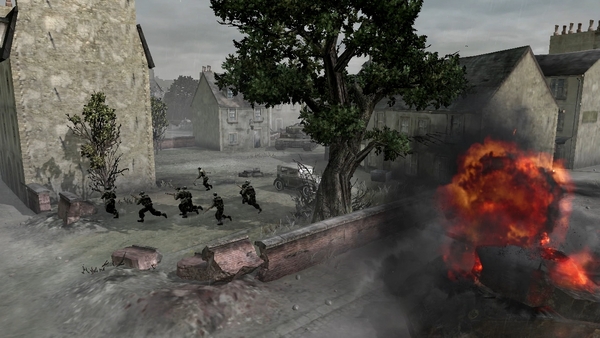 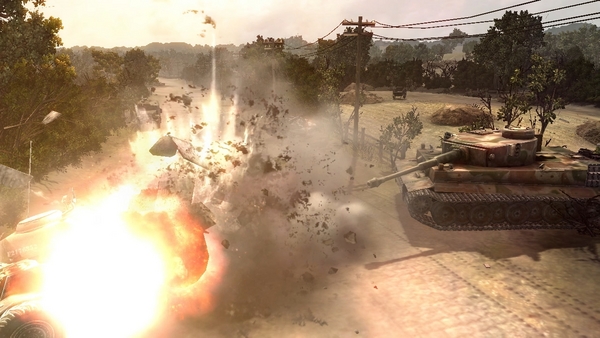 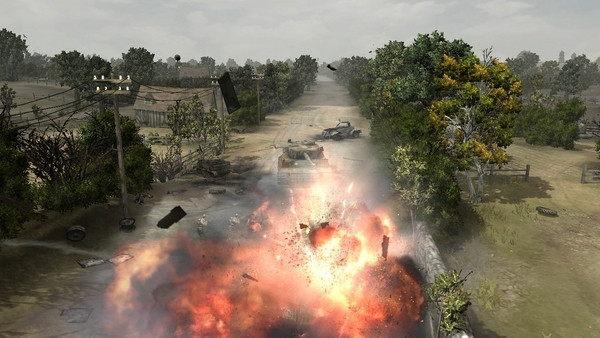 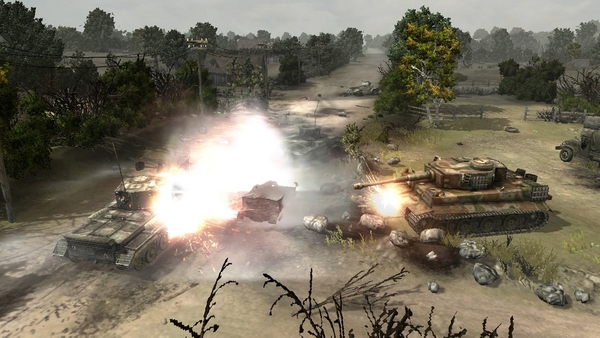 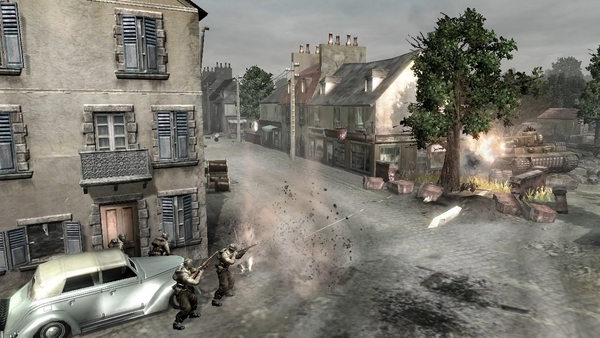 SteamMarket® information about the seller and his items
offlineAsk a question

3 Immersive Storylines  Embark on the definitive WWII experience from all sides of the war. Each episode contains new missions and objectives in a persistent environment.

Episode 1: Tiger Ace: Control Tiger Tank Ace Hauptmann Voss´s highly decorated Tigergruppen against the British 7th Armored Division on D-Day in one of the most famous tank battles of WWII.

Episode 2: Causeway: Command an American Paratrooper Company in the hours following the initial D-Day landings.
Episode 3: Falaise Pocket: Command the Wehrmacht Army as your soldiers try and hold off the advancing Allied army.

Direct Fire Control  Not only can the player´s tactical and strategic decisions influence the battle, but players also directly control units on the battlefield. Players will aim, fire, and maneuver in real-time to capitalize on the changing battle conditions.

Command New Units  New infantry and vehicles such as the Schwimmwagen and Staghound will be available. The Schwimmwagen is an amphibious, all-wheel drive off-road vehicle while the Staghound is a highly maneuverable 4x4 Armored Car.

Conquer New Territory  New maps based on famous battles such as Villers-Bocage will be available for competitive players in the online battlefield.
3 New Multiplayer Modes  New multiplayer modes to experience with your friends. Become a tank commander and square off in Panzerkrieg, choose a hero unit and join the battle to push back enemy lines in Assault, or team up and defend against waves of attackers in Stonewall.

1. You need to download and install Steam http://steampowered.com/download/SteamInstall.msi
2. Go to your account or register a new one.
3. Go to the "My Games" and select "Activate via Steam ...", and enter the key received after payment.
4. Once activated, the game will appear in the game list (Library) and you can download it