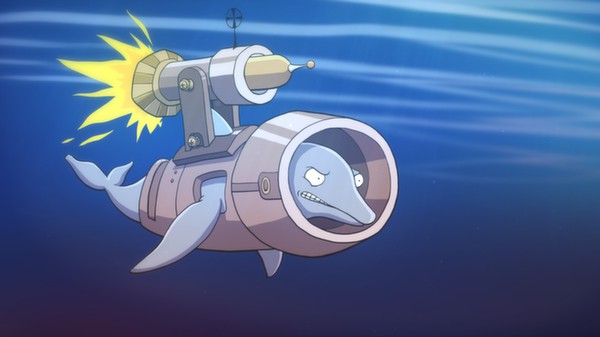 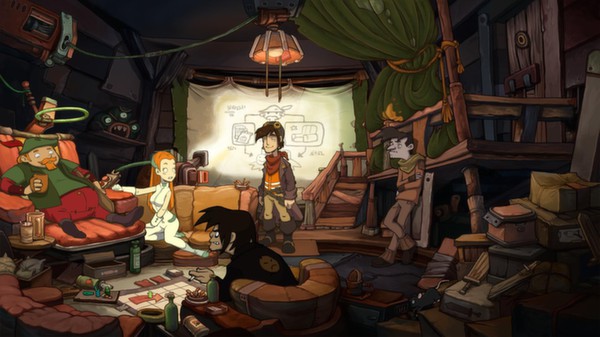 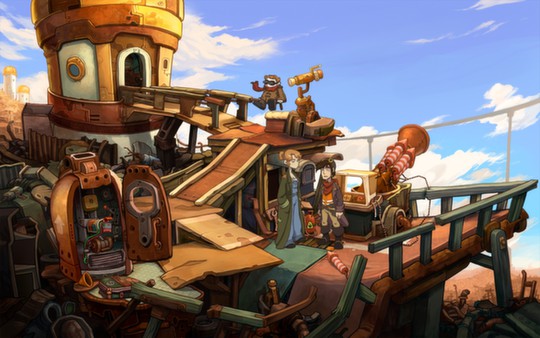 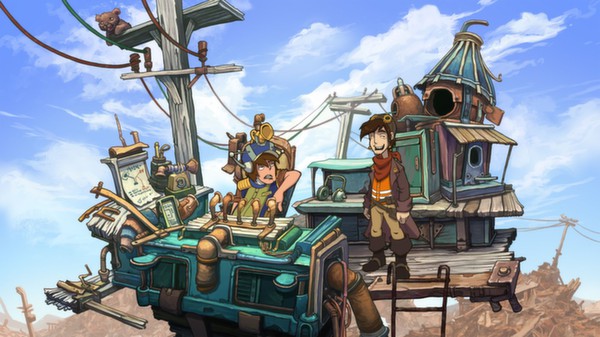 Loyalty discount! If the total amount of your purchases from the seller Александр91 more than:
If you want to know your discount rate, please provide your email:

Garbage, trash and once again litter. Life on a small planet not sugar Deponiya. Not surprisingly, Rufus fed up with this life and the absurdity of building plans, one after another, hoping to escape from this dark town.
During one of his attempts to escape from Deponii meets Rufus and Goal crazy falls in love with this beautiful girl with the Elysium. He accidentally throws it with a comfortable cruiser, and it is on the bleak planet-dump. But this gives rise to an accident in his mind a new plan: to help him return to the Goal floating city Elysium, and for this he will have to play the role of her ugly Klitusa groom, who for some unknown reason, as two drops of water similar to Rufus. Thus begins their incredible adventure ...
Trilogy deponia, has gathered a rich harvest of awards and first places in different charts of developers the creation of such hits as Edna & Harvey: The Breakout, «The Missing Peace" and Memoria, became a cult before its release. Thanks to the delightful story, likable heroes, hilarious dialogue and a subtle blend of comedy and Deponia puzzles like players of all ages. Go with Rufus in an exciting journey! For the first time the game comes out in the full version with a lot of new features that will delight not only fans of the old adventure games, but also beginners.

Complete Journey includes more than four hours Comments Developers, world map deponia, allows you to select each chapter of the game, detailed graphics help system, help screens for the mini-games, the new start menu, new hidden collectibles, Linux support and 6 new songs written Pokey and executed, as well as videos that the left-overs
From the creators of Edna & Harvey: The Breakout, «Missing Peace», A New Beginning, Harvey´s New Eyes, Memoria and Blackguards
Deponia - The Complete Journey - is more than 4 hours developer comments, and Poki and actors, voiced by Rufus and Goal
Read the full story Deponii
Interesting puzzles, more than 40 hours of game play and wonderful dialogue
Additional materials, surprises, training bonuses, such as «How to draw Rufus» and «The Art of Deponia», the soundtrack from the developer and paper models

You buy the official Steam Gift activate the game Deponia: The Complete Journey. After payment you will get a link to activate the game, when you click on the game which is activated on your account and will be added to inventory. Also, duplicate links to a page with GIFT will come to the post office, said the purchase.