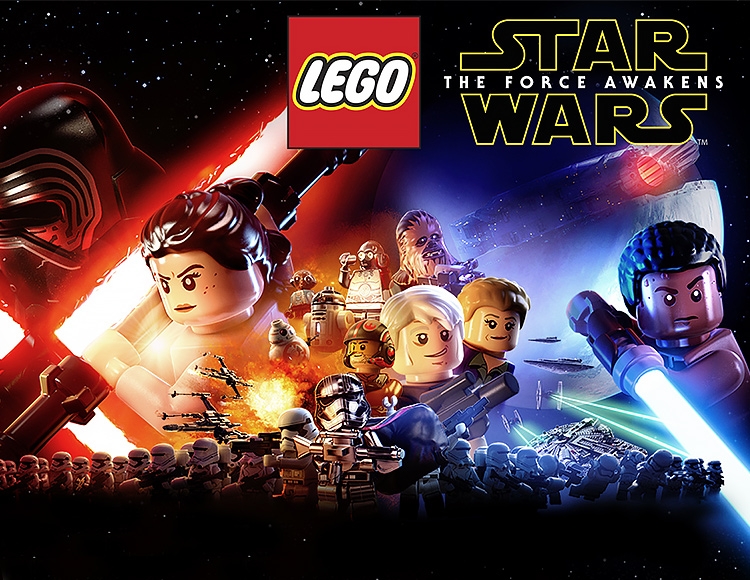 Uploaded: 27.01.2020
Content: lego_star_wars_Aawakening_force_0009.txt 0,02 kB
Loyalty discount! If the total amount of your purchases from the seller servicesoft more than:
If you want to know your discount rate, please provide your email:

After payment you get a link on which you can get the license key of the game LEGO Star Wars: Awakening the force from the official supplier - the company "Buka", for activation in the STEAM system.

1. You must download and install Steam http://store.steampowered.com/ (if not already installed)
2. Register a new account on Steam or go to an existing one.
3. Go to the "My Games" section and select "Activate via Steam", enter the key.
4. The game after activation appears in the list of games and you can download it from Steam.
5. Enjoy the game.

The universe of Star Wars returns to the world of games performed in the style of the legendary designer LEGO. You are waiting for new adventures, fascinating battles and characteristic humor, so beloved by millions of gamers. It´s time to test! And may the Force be with you!

In the Lego Star Wars series, games on which have been sold in total over 33 million copies, has arrived! Now you can personally take part in the events described in the movie "Star Wars: Awakening Force." In addition, you will also find several story episodes that will tell you about what happened between the 6th and 7th part of the movie.

Immerse yourself in the unique atmosphere of the legendary saga, which perfectly matches with the originality and uniqueness of the game series, which is only Lego Star Wars 3, not to mention other projects within this franchise. Ahead - a lot of new opportunities, ahead - fascinating battles in anything not like a style, ahead - dizzying flights and meeting with such familiar and native characters.

It is noteworthy that you can play for the main antagonist of the film. In Lego Star Wars The Force Awakens you will meet as positive characters - Han Solo, Chewbacca, Finn, Po Dameron, Ray, as well as unique C-3PO and BB-8, as well as negative ones. Among the latter, in particular, General Hacks, commander of the base "Starkiller", created from an entire ice planet, and, of course, Kylo Ren - an apostate, tempted by the dark side of the Force. But maybe it´s not so simple? And in the Lego Star Wars The Force you will be told the true motivation of the Jedi, who denied his nature to become one of the knights Ren? The universe of the saga still has many mysteries. So why not once again immerse yourself in this wonderful world with the boundless expanses of the cosmos, the unusual inhabitants of a myriad of planets, the age-old confrontation between Good and Evil? It will open to you, it is waiting for you, it is enough to download Lego Star Wars and start your own journey in the company of the heroes familiar from childhood.

The game is suitable for any age. Combining the characteristic humor and scope of the Star Wars universe, it will give you many pleasant hours full of positive emotions and fun. Especially worth noting is the presence in the game of exclusive stories that allow you to better understand the characters of the film, the reasons for their actions, as well as learn a lot of interesting facts - Lego Star Wars saga will give you a lot of pleasant surprises.