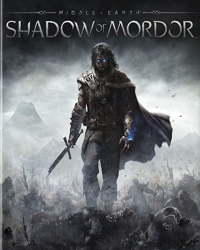 !! Instant delivery after you confirm you paid !!

After the payment order, the system automatically (without us) instantly sent to you
mail a link to download the license activation key games:
Middle-earth: Shadow of Mordor Region free Multilanguage
to activate the system STEAM

Activation key:
1. Download and install Steam - http://store.steampowered.com/
2. Register a new account on Steam or go to an existing one.
3. Go to the "My Games" and select "Activate via Steam", enter the key.
4. After activating the game appear in the list of games and you can download it from Steam.

Our reliability tested over the years:
* More than 3 years plati.market !!!
* More than 30 thousand sales over 2500 positive feedback !!!
http://www.plati.market/asp/seller.asp?id_s=172340
* Business level Webmoney (BL) higher than 250 !!!
* All our keys only from authorized distributors !!!
* We take full responsibility for the goods sold by us and give 100% quality guarantee !!!

Game description:
"Middle-earth: Shadows of Mordor" - a game of new generation, the events that take place in the famous Middle-earth.
You will find a fascinating story of revenge and redemption. Played the role of Ranger Talion, whose family died
at the hands of the servants of Sauron. Talion himself did not escape the cruel fate, but the Spirit of vengeance brought him back to
life and endowed with supernatural powers. Now returned from the dead Ranger will go
into the depths of Mordor, to fulfill the oath and destroy those who destroyed his life. Over time, he
will reveal the truth that for the Spirit brought him into the world, he learns about the rings of power and fight with your enemy.
Each opponent who met the player will be unique - with its own characteristics, strengths and weaknesses
parties. Due to the mechanics of the relationship Nemesis System enemies and their characteristics are determined
Depending on the player´s actions and decisions. The dynamic world of "Middle-earth: Shadows of Mordor," mind you,
reacts to your decisions and adapt to them. Here, each player will live his own - unique - adventure.

Features:
Learn how to use ghostly forces and avenge their shattered lives, fighting face to face in the near
combat or hiding in the dark and hitting enemies from afar.
Take a look at the world of ghostly vision and find the vulnerabilities of each unique enemies encountered on the way
Talion. Any enemy has its weaknesses, habits and characteristics that you can
to notice and use to their advantage.
Bleed enemies to each other, forcing them to do certain things, and thereby make Mordor
obedient to his will. Every opponent is different and can be your sworn enemy, depending on the
of what you take.
Talion history unfolds in the gap between the events of the trilogy "The Hobbit" and "Lord of the Rings." You
to learn, where there were rings of power, and become the most feared warrior in Mordor.

!!! Thank you for your purchase! We will be glad if you become our regular customer
Left you a comment about the purchase of goods is very important for us !!!