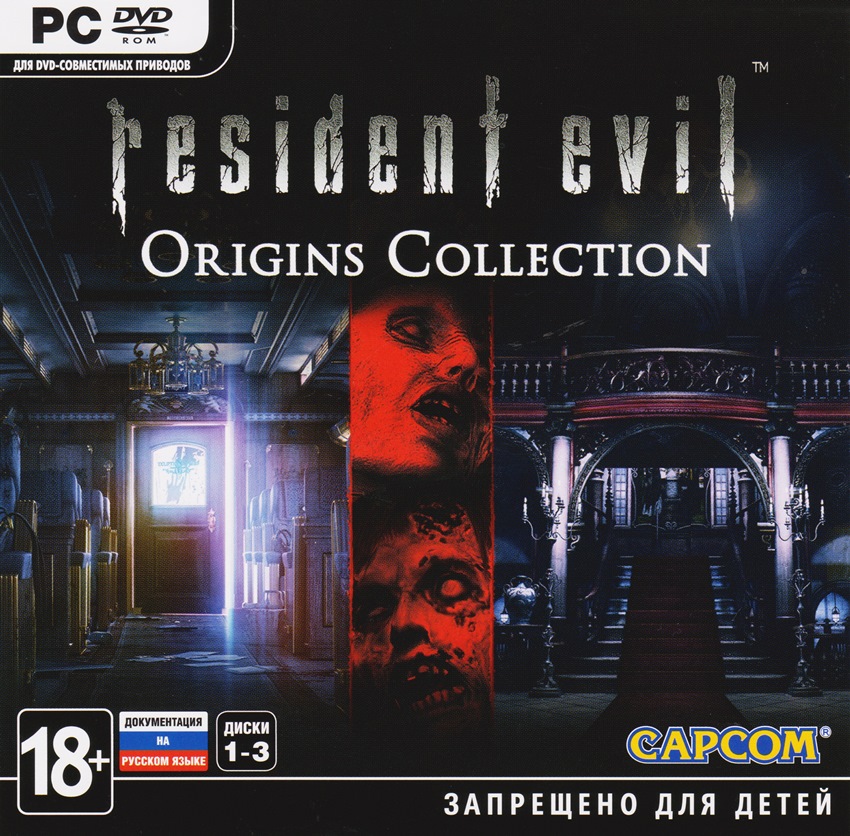 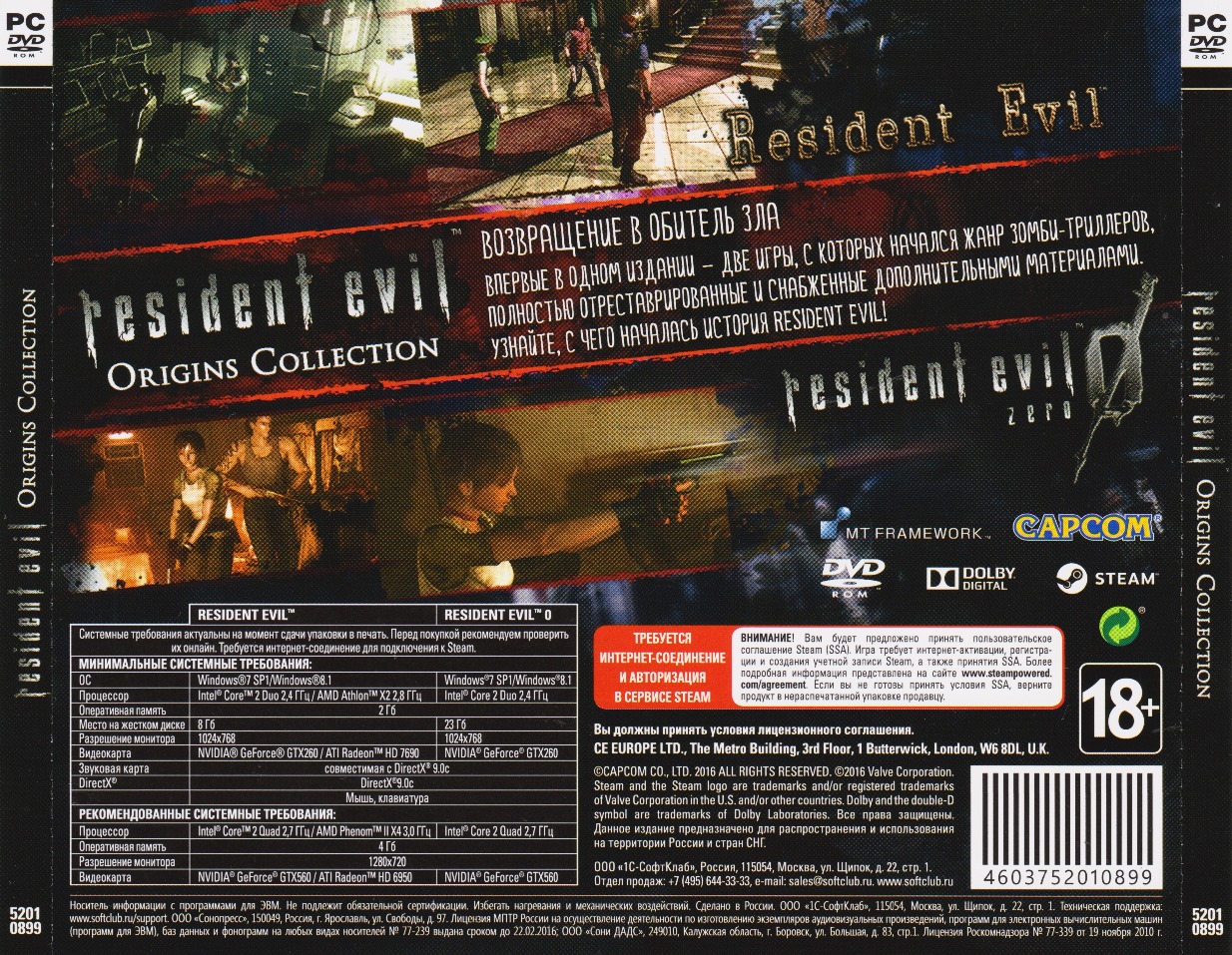 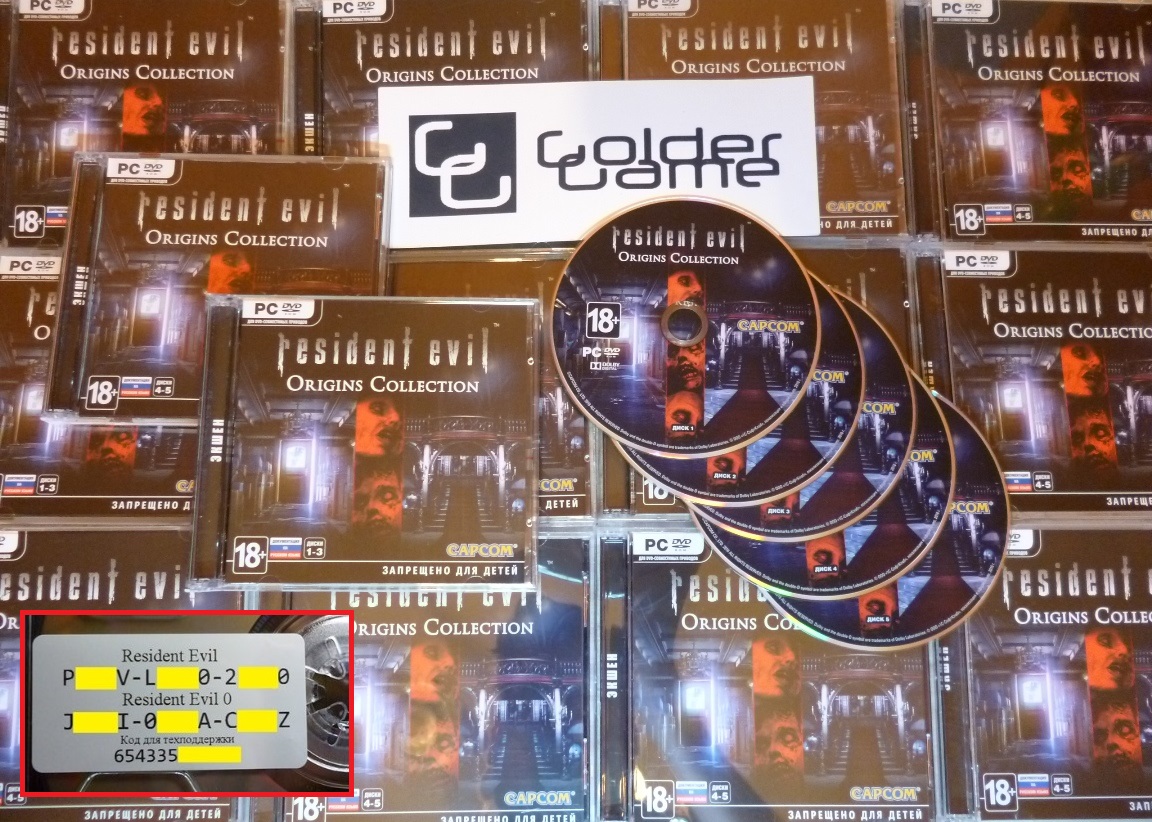 Uploaded: 24.02.2016
Content: P1540477.JPG 31,69 kB
Loyalty discount! If the total amount of your purchases from the seller GolderGame more than:
If you want to know your discount rate, please provide your email:

GolderGame information about the seller and his items
offlineAsk a question

Paying this product you will get IMAGE license activation key from the box game "Resident Evil Origins Collection" to activate in the "Steam", from the company "1C-SoftKlab."
Key collection takes place automatically, immediately after the payment.

For the first time in one publication - two games that started the genre of zombie thrillers, recently renovated and equipped with additional materials.

In the original Resident Evil game, you will assume the role of one of the fighters STARS - Chris Redfield or Jill Valentine - and go in search of the missing group "Bravo." To survive in the incessant danger and constant shortage of useful objects and means of combat, you have to show ingenuity, courage and fearlessness. These qualities will be useful in the Resident Evil 0, the events that are dedicated to the fate of the missing squad sent to investigate the mysterious murders in the suburbs of Raccoon City.

The possibility to play for the first time one of the main villains of the series - Alberta Ueskera.

For all new players a collection Resident Evil Origins Collection - a good reason to explore the genre of survival horror in general, and the Resident Evil series in particular.

• Learn how it all started, tracing the history of the heroes of the two editions of the classic cult series.
• Both games are equipped with 5.1 surround audio, and built from the ground textures in high definition, and supports HD-1080p screen resolution.
• The updated version of Resident Evil 0 new mode - Wesker Mode. You get the opportunity to play for Albert Ueskera, making the company the agent STARS Rebecca Chambers. The famous villain takes place Billy Cohen in the plot of the game, and the two heroes get more themed costumes.

1. If it is not installed Steam client, download and install it http://store.steampowered.com/
2. Log in to your Steam account, or register a new one if you have not already have it.
3. Go to "Games" and there select "Activate via Steam» and enter the key purchased from us.
4. After activating the game appear in the list of games and you can download it.

All your purchased items can always be seen by clicking on the link - http://www.oplata.info/

• • • • • •
GIFTS
• • • • • •
• Each buyer we give a gift - guest key to Diablo 3. To do this, leave your positive feedback and send to our mail a request "I want to present." The request must be sent to profit from the post office that you specified when you pay, or enter an account number in a query of your purchase. The gift will send a return letter.
• Every third customer (in random order), we give the occasional game for STEAM / ORIGINAL. To do this, leave your positive feedback and wait for a gift in the mail if you win.
• The shares do not participate resellers!

With our other products and information about the seller, you can read here http://goldergame.plati.market