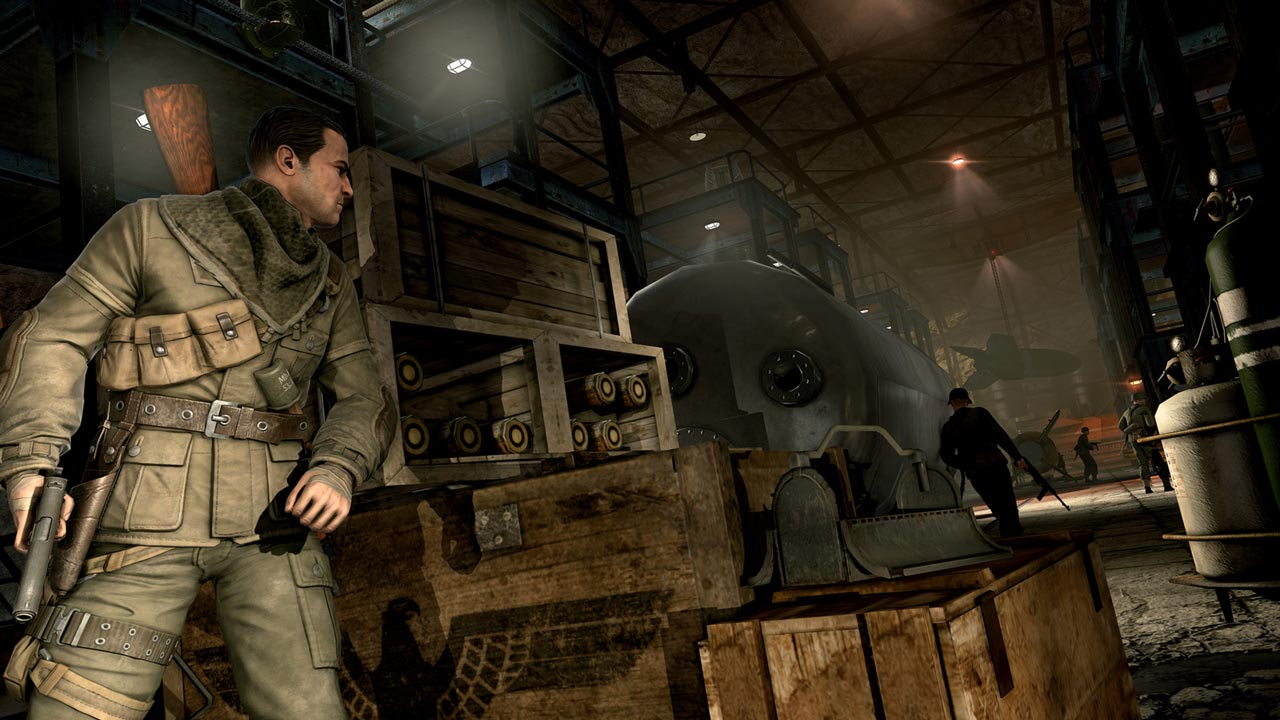 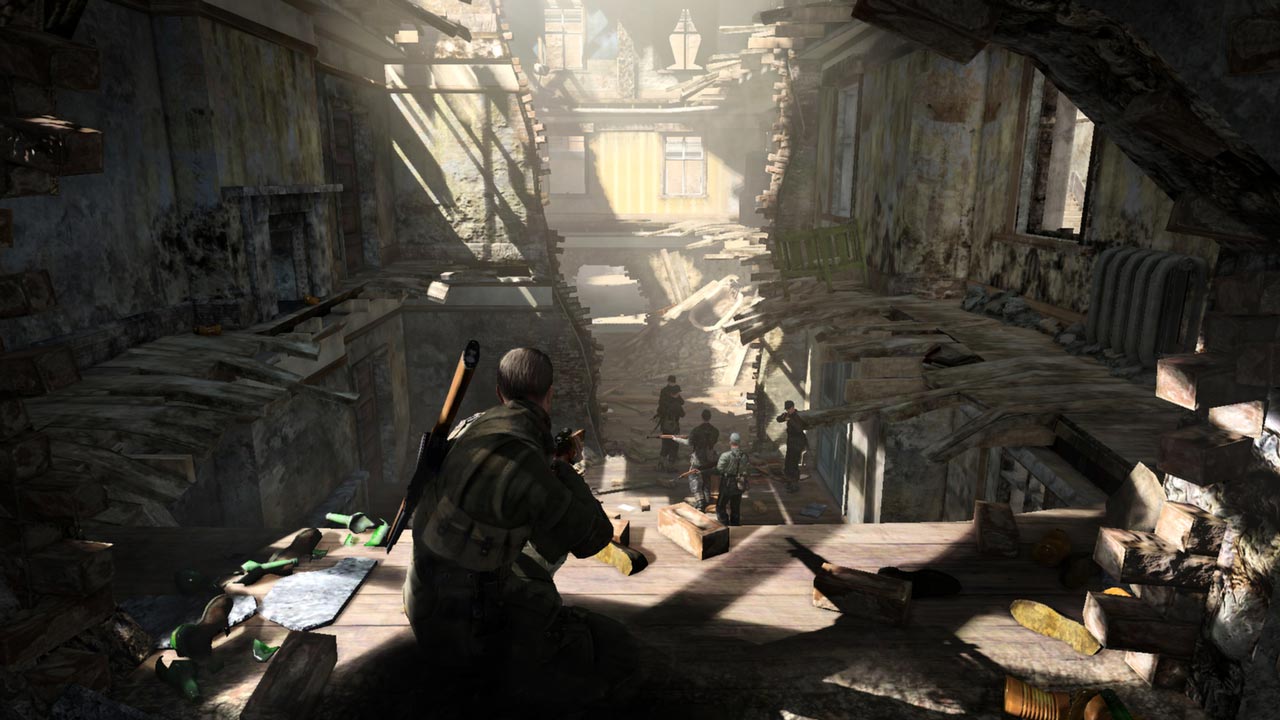 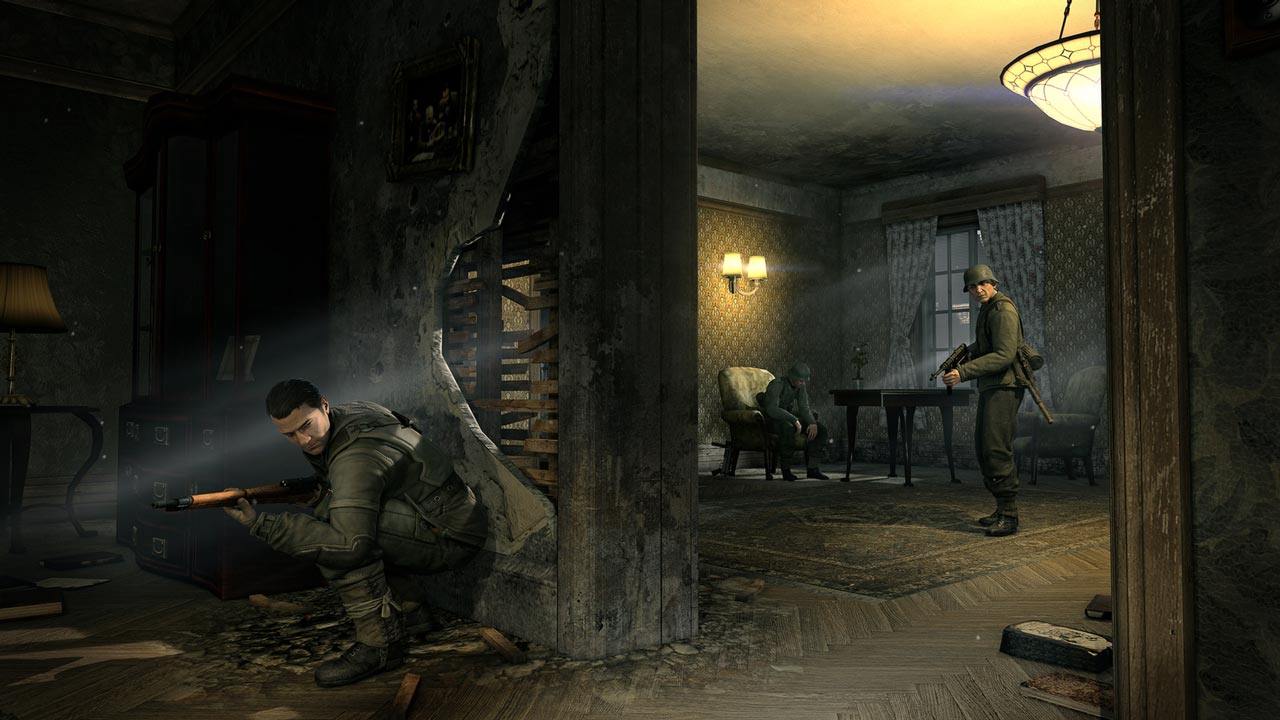 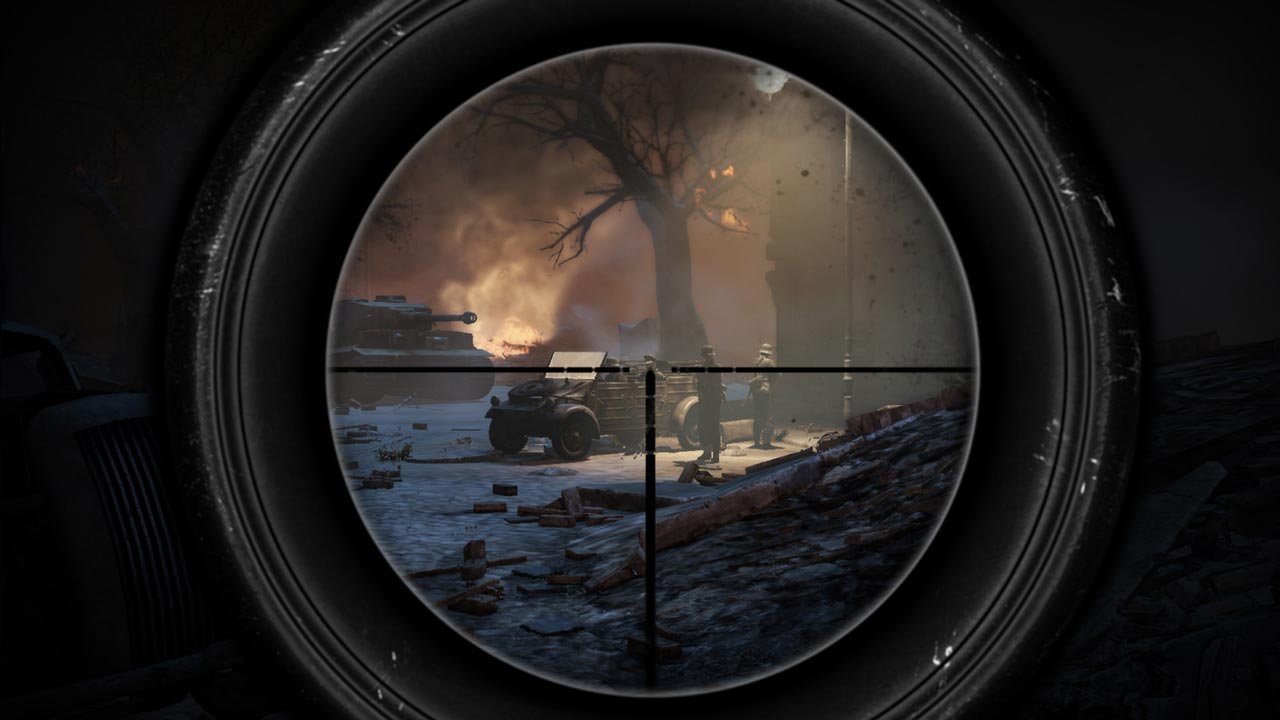 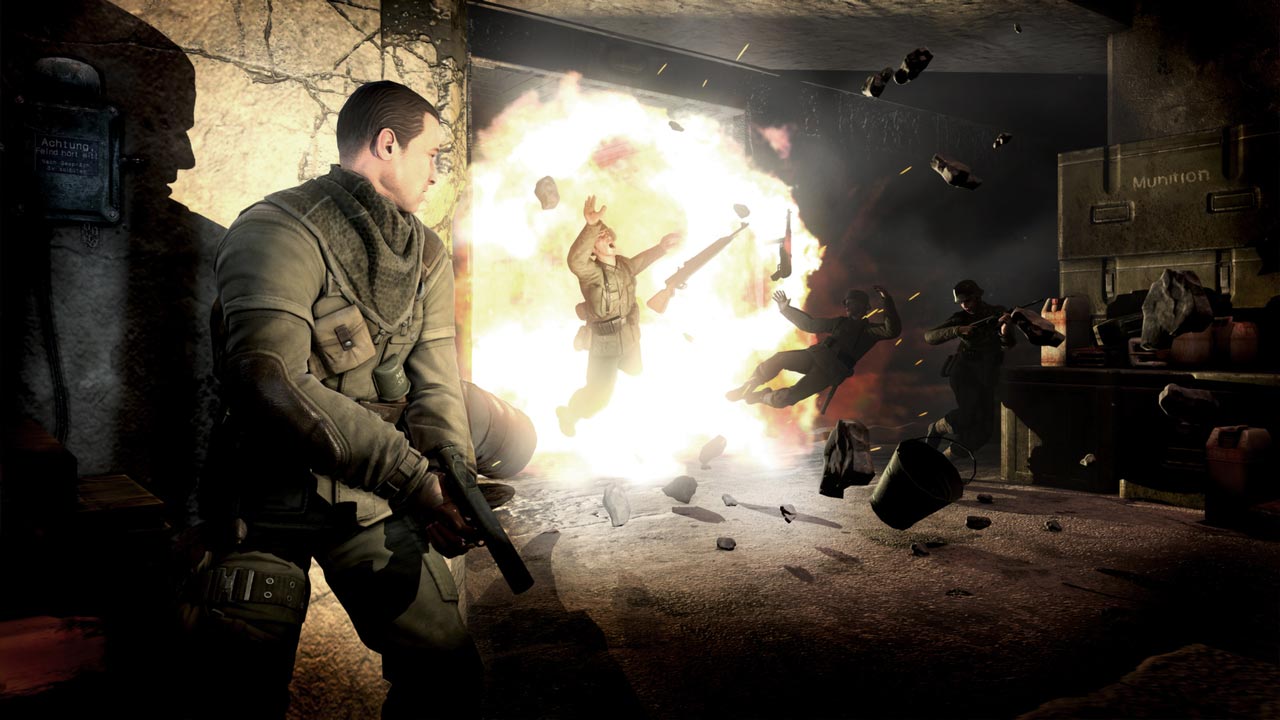 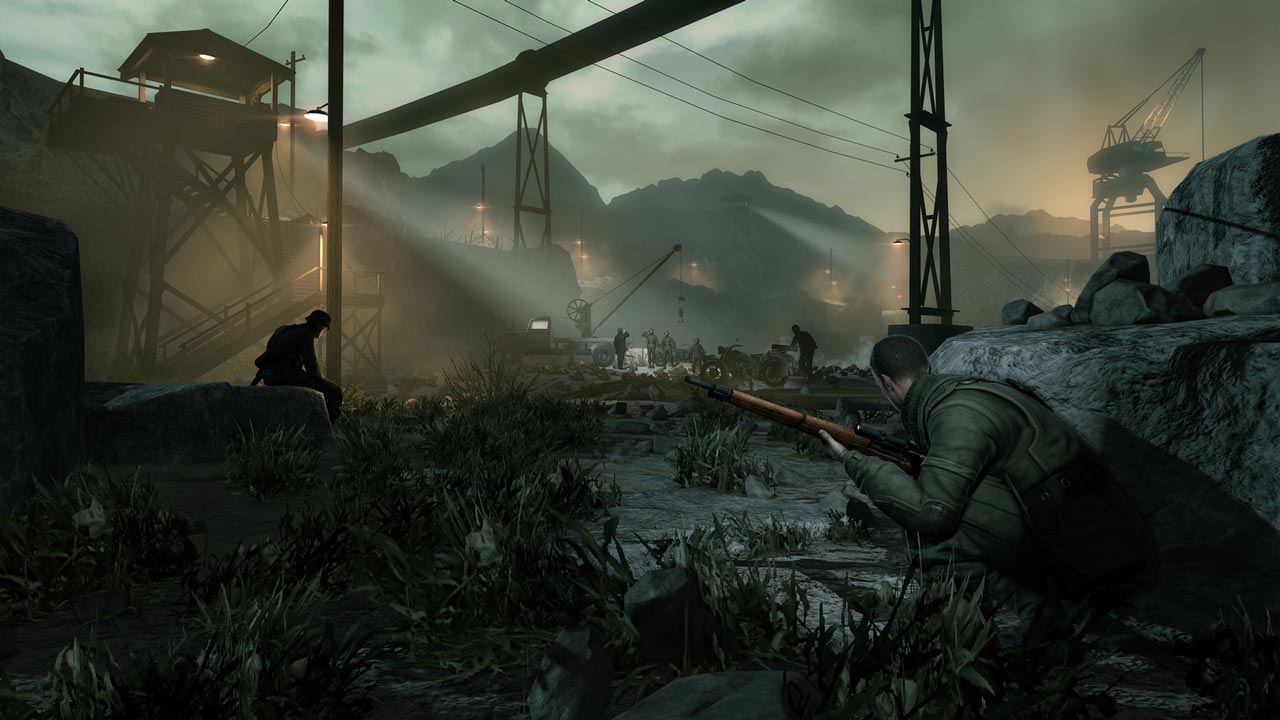 =======================================
In the darkness of the last days of World War II, in the midst of the ruins of Berlin, a single bullet can change the course of history ...
Sniper Elite V2 is a long-awaited sequel to the acclaimed game Sniper Elite, which gives players the opportunity to truly feel like a sniper from the Second World War. You are the elite American sniper Carl Fairburn. After dumping over Berlin during the last battle of the German army, you must prevent the Red Army from taking over the technologies of the Nazi rocket program V2. You must help scientists intending to flee to the United States and eliminate those who will help the Russians.

Use realistic recreated weapons, learn to track down your goals, strengthen your position, plan your shots. Use your skills, patience and cunning to complete the mission. Being sandwiched between two armies in a desperate time trial, you will fully feel the significance of passing the game in a secretive mode. The famous "bullet cam" from Sniper Elite has become even more bloody and fierce than before - master shots are rewarded by slow-motion of a bullet flight, followed by an X-ray image of how it enters the target, destroying everything in its path. Organs are torn, bones break, teeth fly away - the strength of a sniper´s bullet is shown in full.

• Sniper Shooting Simulation - The Sniper Elite V2 features a detailed sniper shooting simulation and advanced ballistic model that takes into account gravity, wind, bullet speed, penetration, sight stability, and much more. The players are guaranteed the most realistic at the moment the presentation of a sniper.
• X-ray "kill cam" - Awesome technology "kill cam" shows what actually happens when a bullet hits the enemy, allowing players to see how hearts and lungs burst, the liver bursts, bones break. (Not available in Germany)
• Realistic - The game features both real quarters of Berlin from the Second World War, as well as samples of the existing equipment, weapons (such as the Springfield M1903, Gewehr 43 and Mosin rifle) and uniforms recreated in accordance with the originals
• Use the situation - It is necessary to take into account the slightest changes in the environment during nomination, positioning, firing and imperceptible retreat
• Sniper dilemma - Players will often have to choose, make a perfect shot and reveal themselves, or go on a more difficult path, but don’t sacrifice a mission

1. You need to download and install Steam http://steampowered.com/download/SteamInstall.msi (if not already installed)
2. Start the Steam client
3. Create a new account on Steam or go to an existing one
4. Go to the "Games" section and select "Activate on Steam"
5. Enter your purchased activation key
6. After that, the game will appear in your list of games and it can be installed